In Loving Memory of Teresa Ruth Salinas Altuna, Medical Director for the Center for Social Works Blessed are those who mourn, for they will be comforted. — Matthew 5:4

It is with heavy hearts that we must inform you that after a two-week battle with COVID-19, Teresa Salinas Altuna, medical director for the Center for Social Works in Chimbote, has passed away. Teresa was hospitalized in late June and succumbed to the disease on July 6.

Teresa spent her entire professional career at the COS, starting as a substitute midwife in 1974 and eventually becoming the medical director in 2011. Teresa served the poor of Chimbote tirelessly with immense compassion and professionalism for almost 46 years. Sister Margaret Mary Birchmeier worked closely with Teresa and noted her “tremendous gift of herself and her profession to the Center.”

During her early childhood, Teresa lived and attended school in Casma, a small city south of Chimbote, where her family owned land and worked in the fields. Although the family continued to till the land in Casma, they eventually moved to Chimbote and Teresa attended the public school there. For her secondary education, she lived with her aunt and uncle and studied at a private school in Lima. Shortly after graduation she was admitted into the University of San Marcos and started her studies for Midwifery. Finishing her schooling there, she did her internship in the Peruvian city of Arequipa and received her diploma as a Licensed Professional Midwife.

Teresa returned to Chimbote and, because she lived so close to the Maternidad de Maria, hoped to find a position there in her chosen field. When she first sought a job, the obstetrical positions were all filled, but she asked if she might come and help where needed until a position became available. She did this with great interest and enthusiasm and was very helpful.

Shortly after her arrival in January of 1975, triplets were born, all premature, and needed constant care. Teresa was offered a position to help in that department because they needed professional care around the clock. She accepted and, by the time the tiny family was ready to leave, she became a full-time employee in the Maternidad. She served with a heart but with professional competence and was always ready to serve wherever the need presented itself. Gradually, she took interest in all of the departments of the Center.

When Msgr. Roos’ health began to fail, Teresa filled in wherever she was needed so that the necessary operations of the Center were covered. In December of 2011, she was named director of the Center and took full responsibility. She did so with a generous heart, putting the poor always first, and was highly respected by all.

After Teresa’s nearly 46-year career at the mission, her loss is a great blow personally and professionally to all who knew her. However, the entire COS staff in Chimbote, as well as the board members in Pittsburgh, remain committed to continuing her legacy by serving the community of Chimbote as faithfully as Teresa did during her lifetime.

Long-time staff member and human resources director, Manuela Caceres, took over Teresa’s responsibilities when she became ill. Manuela has been employed at the Center since 1982 and worked closely with Teresa for many years. Her willingness to step up as interim director has enabled the Center to continue operating as seamlessly as possible under the pandemic restrictions that are still in place in Chimbote. As of this writing, those who worked closely with Teresa have, thankfully, tested negative for COVID-19. The staff at the COS appreciate your continued prayers during this difficult time. 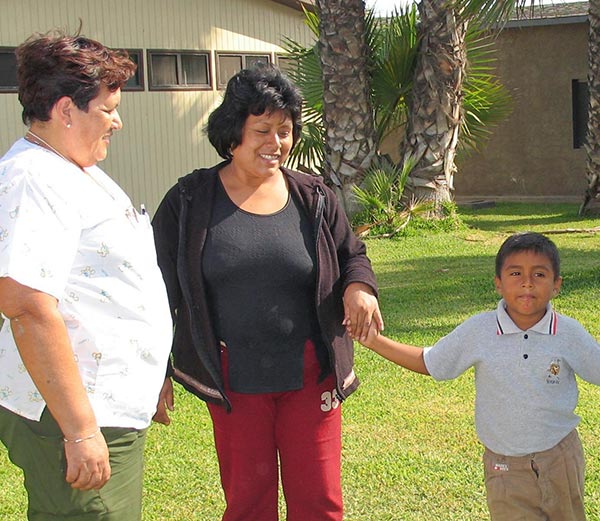